Y-Brush's '10-second toothbrush' arrives in the US 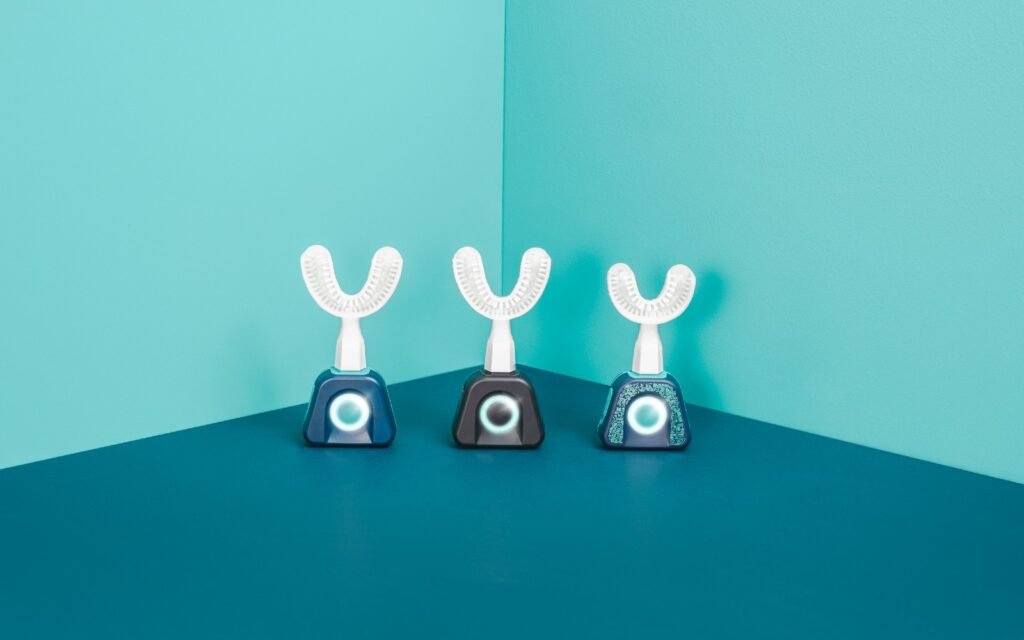 As someone who bought an electric toothbrush far too late in life, I appreciate any product that promises to save me from expensive dental care. After debuting a few years ago in Europe, the Y-Brush, a sonic toothbrush that can clean your teeth in 10 seconds flat, is now available in the US . Unlike a traditional toothbrush, the Y-Brush features a mouthguard-shaped head with 35,000 nylon bristles designed to clean all your teeth simultaneously. Rather than moving the brush around your mouth for two minutes, you position one side of your mouth inside the Y-Brush, turn on the device and then gently chew on the brush head while rotating it around your teeth. Once you’re done with one set of teeth, you repeat the process on the other half. At most, you can expect to spend 30 seconds brushing your teeth.

Y-Brush doesn’t promise better cleaning performance so much as claiming you’ll do a better job of taking care of your teeth with its products. Since most adults spend about 45 seconds to a minute brushing when they go clean their teeth, most traditional and electric toothbrushes aren’t as effective as they could be if people spent the two minutes they’re supposed to commit to maintaining their pearly whites. Most modern electric toothbrushes try to get around that problem by including timers designed to remind you to move the brush around your gumline and hit different parts. The Y-Brush instead attempts to make the process as fast as possible.

At $80 for the base NylonStart model, which doesn’t include a timer setting (you can count to 10, right?), the Y-Brush is more expensive than your average electric toothbrush. Popular models like will set you back about $50 – though you’ll curse Philips for its pricey and proprietary brush heads. Y-Brush also offers a kids model suitable for children between the ages of four and 12, and a $130 NylonBlack variant that features multiple timer settings and ships with an accessory you can attach to your toothpaste tube to make it easier to use it with the Y-Brush.

How to Avoid Common Mistakes in Software Estimation

Robots For Humans: A Crash Course In Machine Learning For Product Managers