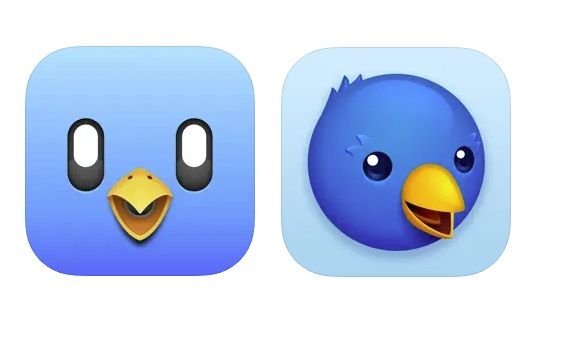 Twitter has reportedly cut off API access for a range of third-party apps, including popular tools like Tweetbot and Twitterrific, which could be a new bid to stop people using the platform via third-party sites, forcing them back towards Twitter itself instead.

The cut-off came without warning on Thursday last week, with various tools left unable to access Twitter’s APIs, rendering them essentially non-functional. Initial speculation was that this was an error – of which Twitter has been experiencing plenty of late. But then on Saturday, The Information reported that, according to internal Twitter communications that it had seen, this was actually a deliberate suspension of access.

Twitter hasn’t shared any further info at this stage.

The developer community has been highly critical of Twitter’s actions, which it says are unprofessional and represent ‘an unrecoverable breach of trust between it and its developers and users’.

Though Twitter’s action is not entirely without precedent. Last month, Twitter announced that it would ban all links to competing social platforms, as a means to cut off what it sees as free promotion for its competitors in the app. Twitter reversed the decision within hours, after mass criticism of the update, but the basis for that move suggests that Twitter chief Elon Musk takes a dim view of allowing other platforms to use Twitter for their own purposes.

Which is also ignorant of the benefits that such linkage and access has had for Twitter’s growth.

Social platforms all benefit from a level of cross-linking and developer access, with third-party tools often becoming key connectors for users in different regions and circumstances, helping to grow usage and engagement.

Twitter has had a rocky relationship with developers, restricting and re-enabling API access over time – which is something that former CEO Jack Dorsey acknowledged had been a key mistake that he was seeking to rectify in his time as chief.

Worst thing we did. I wasn’t running company at the time. Company has worked hard and will continue to open back up completely.

Musk, however, doesn’t have past history to refer to in this respect, and it may well be that he sees this type of access as a competitive concern, hence the decision to shut it down.

It could also be that Twitter’s working to add in similar functionality to these apps as part of its new ‘Verification for Organizations’ subscription package. We don’t have any real detail to go on as yet, but Twitter is now calling for businesses to sign-up for early access to its professional subscription offering, which could include access to more advanced features.

It’s hard to know, because Twitter’s communications are fairly limited at present – and again, it hasn’t communicated anything to the development teams behind these apps who are unable to run their businesses as a result.

It could be a mistake, or a limited push. Or it could be the beginning of a bigger shift inside Twitter, as Elon seeks new pathways to monetization for the app.