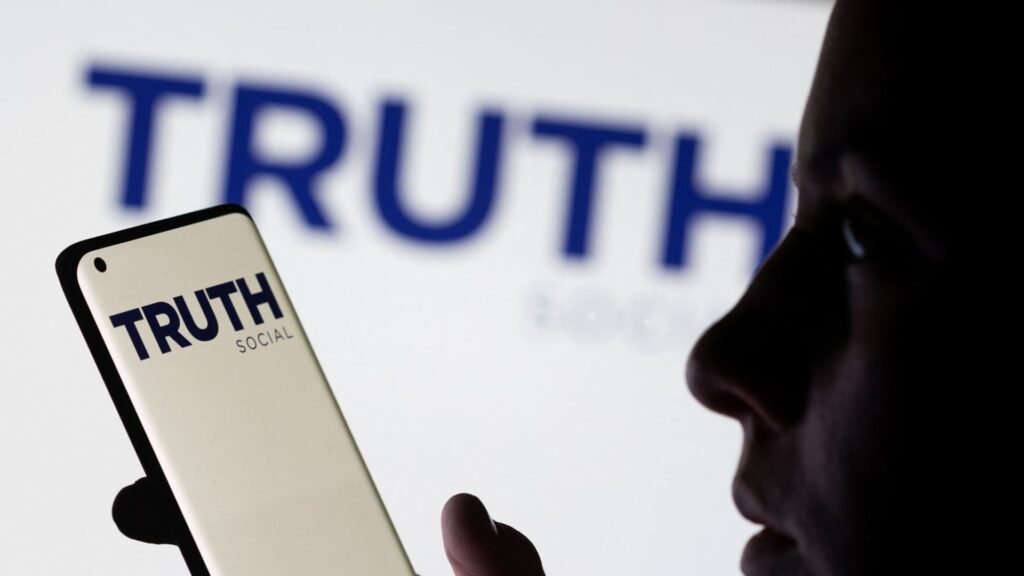 The Truth social network logo is seen displayed behind a woman holding a smartphone in this picture illustration taken February 21, 2022.

The platform had previously been barred from the Play Store for content moderation concerns. Google said the app violated its policies for moderating user-generated content.

The app is now available to the 44% of smartphone users in the U.S. who use an Android. Before the app was unbarred, Android users had to access Truth Social on their phone web browser or by “sideloading” it through another website. The app has been available on Apple’s App Store. Google reinstated Parler, a platform similar to Truth Social, to the Play Store in September after the app was substantially modified to comply with Google’s policies.

CNBC has reached out to DWAC and Trump Media and Technology Group.

The news comes days after DWAC, a so-called blank check company, further pushed a vote to delay its merger with Trump Media. DWAC, led by CEO Patrick Orlando, has thus far failed to garner the necessary 65% of shareholders to extend the merger deadline. DWAC is set to liquidate Dec. 8 if an extension is not approved.

The merger has faced obstacles, both legal and financial. DWAC’s private investors were set to provide $1 billion to Trump Media upon the merger’s completion. But at least $138 million of that money was withdrawn, and the company moved its address to a UPS Store.

The DWAC-Trump Media deal is the subject of a Justice Department probe into potential securities violations for discussions between the two companies prior to the merger announcement last fall.

Trump founded Truth Social after he was barred from Twitter over his tweets on Jan. 6, 2021, when hundreds of his supporters stormed the U.S. Capitol in a violent attempt to block Congress from confirming Joe Biden’s victory in the presidential election.

DWAC’s shares took a leg down last week after Elon Musk revived his deal to buy Twitter, where Trump had about 80 million followers. Musk has said he would let Trump back on Twitter. Trump has about 4 million followers on Truth Social.

Meanwhile, a whistleblower from within Trump Media, William Wilkerson, has provided the SEC with internal documents. He filed a complaint with the regulator, alleging securities violations.

DWAC has also warned that further damage to Trump’s reputation could imperil the company. Trump, who is considering another run for president in 2024, is facing a federal criminal probe into whether he illegally kept and stashed sensitive national security documents after he left the White House.