NASA’s Orion Moon Capsule Is Back. What Happens Next? 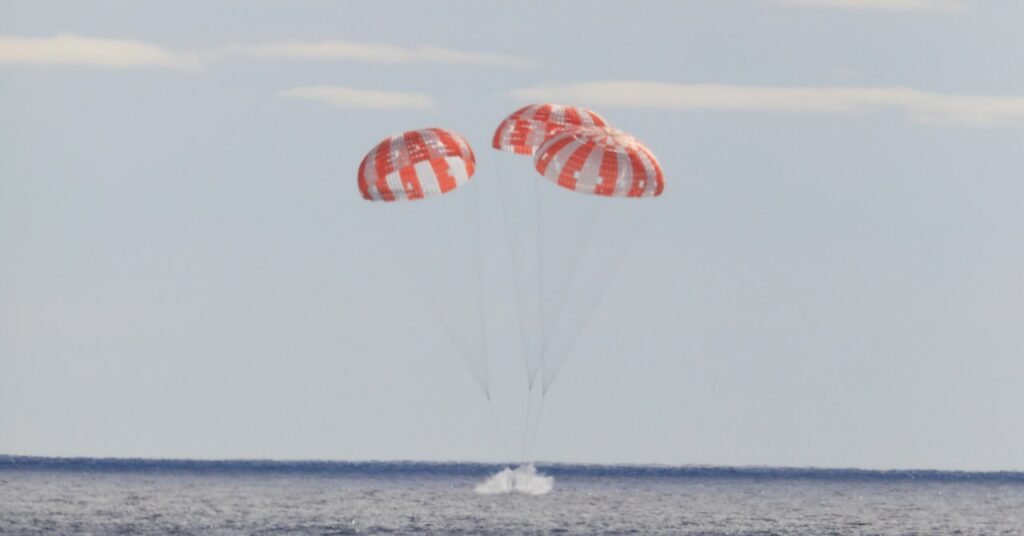 After circling the moon for the past three weeks, NASA’s Orion capsule splashed down under parachute yesterday morning off the coast of Mexico’s Baja California near Guadalupe Island, marking an end to the Artemis program’s first major lunar mission. Orion was then scooped up by a recovery crew and sent to port in San Diego, carried in the well of the Navy ship USS Portland. With Artemis 1 in the books, NASA will scrutinize the capsule’s performance, making sure it is safe for future crewed trips to the moon, including a much-anticipated lunar landing in 2026.

“It’s a historic achievement because we are now going back into deep space with a new generation,” said NASA chief Bill Nelson following Orion’s splashdown. “This is a defining day. It is one that marks new technology, a whole new breed of astronaut, a vision for the future.”

During Sunday’s descent, the three parachutes fully inflated, putting the brakes on the spacecraft to slow it from 25,000 miles per hour to just 20 as it hurtled through the atmosphere. But now the Artemis team will be studying all the capsule’s metrics in detail. “First we’ll be looking at: Did the heat shield do its job in rejecting heat and taking care of the heat pulse such that the internal cabin pressure stays at a moderate mid-70 degrees for astronauts when they’re in there?” says Sarah D’Souza, the deputy systems manager at the NASA Ames Research Center who helped develop Orion’s thermal protection system.

That ablative heat shield is made up of thick connected blocks of an epoxy resin material called Avcoat, which burns off as the shield endures scorching temperatures up to 5,000 degrees Fahrenheit, about half the temperature of the surface of the sun. They want to be sure, she says, that “we’ve got a design that will keep humans safe.”

Nelson, too, stressed human safety and habitability during a post-splashdown press conference. “This time we go back to the moon to learn to live, to work, to invent, to create, in order to go on out into the cosmos to further explore,” he said. “The plan is to get ready to go with humans to Mars in the late 2030s, and then even further beyond.”

Orion was originally planned to splash down off the coast of San Diego, but the weather forecast there made that a no-go, and the flight director adjusted its trajectory. That flexibility comes thanks to a maneuver the team attempted called a “skip” reentry, in which Orion descended partway through the atmosphere to an altitude of about 40 miles, then skipped upward and forward like a pebble skimming across a pond, and then entered the atmosphere for good. That kind of reentry also helps to slow down the spacecraft.

The reentry brought Orion within 0.02 degrees of the team’s planned flight angle, and the splashdown into the ocean was a near bullseye, about 2 nautical miles from its target landing site. Once the chutes drifted down, all five balloon-like bags inflated, keeping Orion upright in the water. NASA and Navy officials on the recovery team—in helicopters and boats—then made their approach, preparing to retrieve the spacecraft and stow it in the belly of the USS Portland for the trek back to shore.

Recursion in Go and Golang