Introduction to Viper in Go and Golang 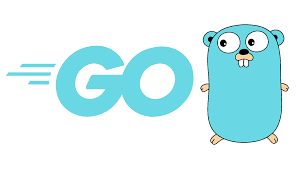 In Go, there are many packages to handle application configuration. The viper package is most popular among them in providing a complete configuration solution of an application. It supports numerous configuration file formats such as JSON, YAML, TOML, HCL and Java properties format. This programming tutorial introduces Golang’s viper package with Go code examples.

Looking to learn Go or Golang in an online course environment? We have a list of the Best Online Courses to Learn Go and Golang to help you get started.

What is the viper Library in Go and Golang?

As mentioned, viper is a package that provides a complete configuration solution in a Go project. Managing and maintaining configuration for a big and complicated application – such as building a server application or any other application which depends a lot on user manipulation of configurations – is not an easy task. Moreover, modern applications are built to deploy in different types of environments, such as in Docker, cloud infrastructures, and so forth. As a result, in order to maintain consistency across deployment, applications should be built to be open from little to high configurability. An external support that helps in this respect is not only a respite, but also very much welcome for the developers involved in building such a solution.

The viper library, in this respect, can entirely replace the flag package, which provides provisions for developing UNIX systems, such as command line utilities. According to the viper documentation, viper, apart from being a complete configuration solution for Go applications, also supports 12-Factor apps. 12-Factor app is a methodology for building software-as-a-service (SAAS) applications. Introduced by Heroku, this technique leverages portability, declarative formats, and automation that makes applications more resilient to the adaptive needs of the changing environment of software deployment.

Read: How to Use the flag Package in Go

What Does the viper Library Support in Go?

According to the viper documentation, it supports the following in Go applications:

How to Install viper in Go

The steps to install viper are similar to installing any other package in Go. Once a Go application project has been set up properly with the required module file using the go mod init command, a go.mod file will be created. This file maintains the list of packages used in the current project. Just type: go get github.com/spf13/viper to install the viper package. Observe that a new list of packages related to the viper package will be added in the go.mod file.

Suppose we want to get the values of the common Operating System environment variable called PATH. Developers may do so using the following Go code example:

We can also set new environment variables through Go code, subject to the Operating System’s permission, of course:

Note that the flag package does not offer such flexibility, but the os package in the standard library offers some. However, the viper package makes it much easier to use.

How to Read JSON Configuration Files in Go with viper

Let the JSON config file: testJSONConfig.json be as follows:

The Go code snippet to read the JSON file is as follows:

Working with other popular file formats, such as YAML, TOML, HCL, and so on, using viper is more or less similar.

Unmarshalling Through viper in Go

Interestingly, viper also provides the feature of unmarshalling of values from configuration files to Go types such as struct, map, and so on. Here is a quick example of how to unmarshal with viper in Go:

This has been a quick overview of the viper package, with a glimpse of its use in Go. More detailed information can be obtained from the viper documentation itself. Understand that viper, after all, is a tool to be used according to the requirement of the software being developed. It supports many excellent features related to storing and retrieving configuration information sought by programmers in modern application development.

Every capability of viper may not be required at the moment, but that should not stop one from using some of its features. Using judiciously is the key. For example, it is better to use configuration files instead of using command line utilities to supply too many configuration parameters and flags. In this situation, the features provided by the viper package can be quite helpful.