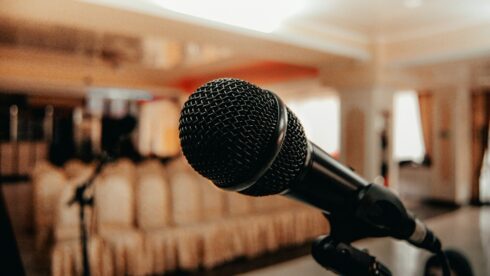 Our previous story was devoted to delayed feedback. Today let’s look at what  noisy feedback means for the speed of digital product delivery.

As you may recall from Part One, Alice joined the company to work on a digital product, with the specific goal to accelerate delivery. The engineering team was relatively small, about 50 engineers, with three cross-functional teams of 6 engineers, shared services for data, infrastructure, and user acceptance testing (UAT). Analysis showed that the largest amount of time spent in the product delivery process  was spent in testing after code development was completed.

Alice learned that the team has an automated regression suite that runs every night (4 hours) and always has about a 25% failure rate for 1,000 tests. Some engineers even tried to fix these issues, but they didn’t have time because of the release deadline and feature development priority, so no one had done anything substantial about it. To keep the ball rolling and continue feature development, it was customary to skip results and move forward. It was easy to close your eyes to the small noise/failed tests especially if you know that the test failure is not a product defect but a test defect. Indeed, it would be great if automated regression had found defects as it was supposed to do. Instead, failed tests signaled environmental issues in which tests are executed. The typical issues were network latency leading to the timeout services, wrong version of the components the product is integrating with, network access issues, wrong libraries on the server to run the application, the database was corrupted data, etc.

To investigate and discern the root cause of the failed tests’ actual defect from environment misconfiguration or malfunction, the engineering team needed to dedicate a significant amount of time given the accumulated volume. And as you might suspect, most of the environmental issues were under the control of the infrastructure team and the data team. These teams were focused on the production environment being focused on firefighting, keeping a small capacity to support product delivery. As you can imagine, it was hard to find a common language for these three groups since all of them were independently responsible for their piece of value delivery but didn’t recognize the importance of working together on every value increment.

Such a situation had several adverse consequences:

Alice proposes to fix such an issue with fragile and inaccurate quality feedback from nightly regression. She suggested gradually reducing the number of failed tests and blocking further development unless the threshold is achieved. Given the initial start of 25% (250 failed tests) it might be reasonable to set the target of 20% and then, with a 3% increment, go down to 2-3% of allowed failed tests. Therefore, for a specific period, the product team would allocate some % of capacity to address this “quality debt” and refactor tests, fix infrastructure, or address data issues affecting test results. She also proposed for the transition period to dedicate one DevOps and one data person per team for at least a sprint to ensure the teams can challenge the status quo with appropriate domain expertise. As an outcome, she expected to reduce the number of production incidents that distracted all groups.

To justify such a change from a financial point of view, first of all, she needed to calculate how much the production deployment and post-deployment incidents cost to address, and also calculate the average cost of a defect in production. (It might be the revenue loss and/or labor costs to fix the issue). Since her proposal is temporary and the release production issues are continuous, it was easy to quickly confirm, and gain quick benefit.

Let us take a look at the numbers:

As you can see, the cost implications of leaked defects because of the fragile environment were substantially more than the required investment of 120 full-time engineers vs 12 days. Therefore, after discussion with the product manager, she got approval to start fixing the noisy feedback and improve its accuracy and value for the engineering team.

Alice’s story didn’t end here, she also investigated several other issues known as cascaded feedback and weak feedback. We will unfold these terms in the following stories.

To summarize this story, we would emphasize the importance of a feedback loop frame when you optimize digital product delivery. In addition to the short time to get feedback, feedback accuracy also plays a vital role in ensuring the speed of delivery.