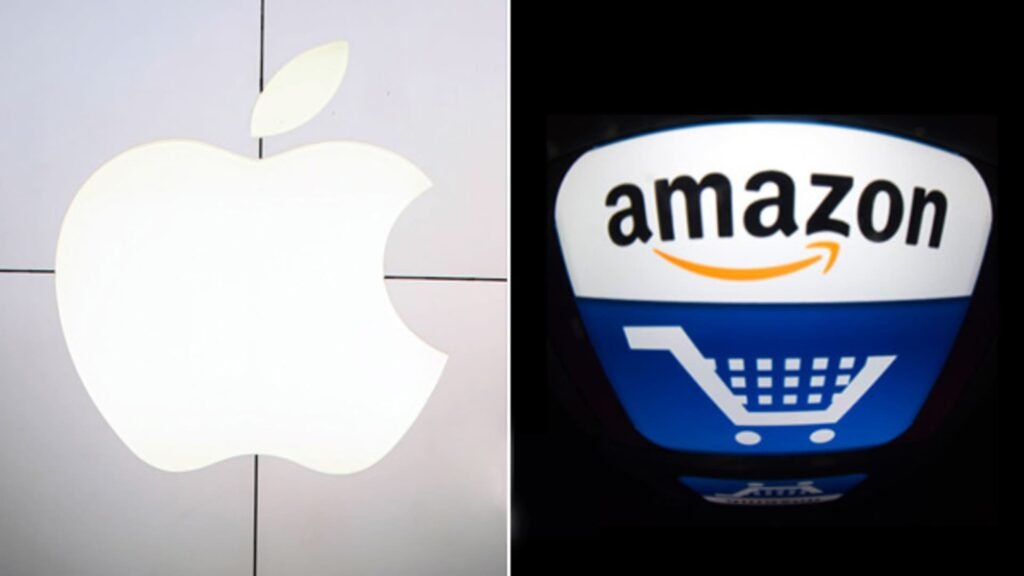 Sometimes a little perspective is needed to really drive home the magnitude of a specific statistic. That’s the case with the gigantic losses tallied by Apple and Amazon last year.

The two stocks were the biggest losers of market cap in 2022. Apple shed $846.34 billion in value and Amazon lost $834.06 billion. Market cap measures the combined value of all of a company’s stock.

The value shed by each of the two companies dwarfs the total size of other household tech stocks. Bespoke Investment Group called the numbers “staggering” in a tweet.

Amazon’s stock sunk as the company’s earnings floundered and fourth-quarter guidance was dispiriting. Its performance was in line with the tech sector more broadly, which has been hurt by rising interest rates, slowing internet advertising and other factors.

Despite being one of the few big tech names to avoid an earnings plunge, Apple still struggled as questions swirled around the popularity of its new products and it faced difficulty with iPhone 14 shipments during the holiday season due to Covid-19 restrictions at its main China factory.

The personal tech titan also has slowed the pace of hiring along with others in the sector as concerns grew over a potential recession, which could dilute demand as consumers delay purchases of big-ticket items to save money. Apple stock shed 3.7% in trading Tuesday — hitting a 52-week low as its market cap fell below $2 trillion for the first time since May.

But what can get lost in the data is just how large these two companies are within the stock market. Compared with peer Meta Platforms‘ $315.56 billion year-end market cap, Amazon was more than twice the size at $856.94 billion. On Dec. 30, Apple was multiple times that size at $2.067 trillion.

In fact, what each of the two stocks shed in one year alone is more than double the size of Meta’s complete market cap.

That $830 billion loss alone is the equivalent of